8990 Holdings Inc. (PSE: HOUSE) posted another record high in 2019 with housing revenues increasing 30% year on year to PhP15.3 billion on the back of an 8% growth in housing units delivered for the year. This translated to a net income growth of 19% year on year to PhP5.6 billion from just PhP4.7 billion in the previous year.

During the first quarter of 2020, HOUSE also sustained a double-digit top line growth of 15% year on year after posting PhP3.5 billion in revenues for the period. Total housing units delivered was at 2,291 units, up 4% year on year.

8990’s Performing Accounts Ratio (PAR) for its in-house CTS accounts, an indicator of collection efficiency, was at 94% in 2019. This reflected a 6% cancellation rate across the company’s portfolio of receivables. In the first quarter of 2020 its PAR likewise remained at 94% with updated accounts performing 77% of total in-house accounts while only 23% were in arrears of 1 month or more.

According to Acting President and COO Alexander Ace Sotto, “We had an exceptional 2019 and first quarter growth. However, we do expect a softening in the second quarter given that, as part of the Philippine government’s nationwide effort to contain the virus, non-essential businesses nationwide, including real estate, had to stop operations for most of the second quarter.”

On March 24, the Bayanihan Act was passed. It was also followed by a Department Order from the Department of Housing and Urban Development that prohibited the collection of payments from the time the ECQ lockdown was implemented until 30 days after the lockdown period which ended in June. It also provided the buyers the options to pay over a six-month period all monthly amortizations due during the period without interest or penalties.

The implementation of office and construction work closures, travel bans, self-quarantine measures and social distancing during the first half of the second quarter has caused a disruption in the company’s normal way of doing business. However, in the past few months, 8990 has leveraged on online selling to market and sell its various project nationwide.
For the second half of the year, the Company is not only focusing on increasing revenues, but maintaining liquidity as well. In the past few years, 8990 has strengthened its balance sheet by paying off debt and funding operations through internally generated cash. Net Debt to Equity has declined dramatically from 1.2x in 2016 to 0.53x as of year-end 2019 and 0.62x by the end of the first quarter of 2020. The company’s Debt Service Ratio, an indicator of cash flow available to service current obligations, was at 6.66x as of year-end 2019 and is currently at a healthy 4.03x. This is well above its debt covenant ratio of 1.25x.

“Liquidity will be critical to overcome this pandemic and move towards recovery”, according to Mr. Sotto. “We have already taken steps in the beginning of the pandemic to reinforce our already strong balance sheet. These include suspending our buyback program, realigning our capital expenditure program for the year, maintaining our good standing with our banks, optimizing inventories, and cutting operating expenses without sacrificing our pool of employees. It is difficult to determine when this pandemic will end or how much of it will still unfold in the coming months. But we are confident that we are in a good position, liquidity-wise, and are ready to respond to opportunities when they present themselves, leading to an eventual recover in the industry.”

Both the lockdown and the passage of the Bayanihan Act is expected to cause a big drop in the collection during the second quarter of this year but a rebound in collection is expected after the moratorium ends.

A total of 15 projects nationwide are expected to contribute to the Company’s topline by the end of the year. Its first flagship project in Metro Manila, Urban Deca Homes Manila, is forecasted to bring in half of the total revenues for the year. Situated on an 8.4-hectare property, Urban Deca Homes (UDH) Manila residential complex offers more than 13,000 units with an estimated sales value of Php20 billion. Offering affordable housing for current residents of Tondo and those living in the Port Area, Intramuros, Ermita, Divisoria, and the Camanava area, this development addresses the housing needs in the most densely-populated area of Metro Manila. 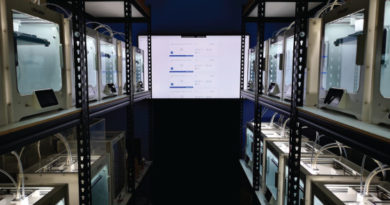