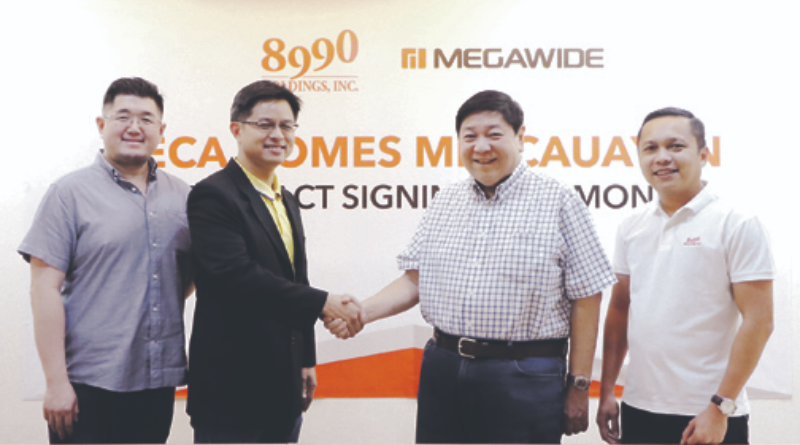 Makati–(PHStocks)–8990 Holdings Inc. (PSE: HOUSE) is set to offer another affordable high-rise condominium project after acquiring a prime property along EDSA just across the Farmers Market inside the Araneta Center complex in Cubao.

8990 spent PhP366 million to acquire the 4,200 square meter property along the major thoroughfare wherein the Urban Deca Tower project in Mandaluyong City would be replicated.

The low cost developer said the project to be launched in 2016 would also adopt the halfway house concept addressing the real need of workers in Metro Manila to have a decent, clean, safe, secure, and flood-free place to stay during weekdays.

The low-priced condo units would provide shelter for those working in the metropolis allowing them to avoid the horrendous traffic jams when going to work.

The high-rise condominium project would comprise of 4,500 units priced at P1 million each.

Aside from the Farmers Market, the site is just across the Araneta Center, the Gateway Mall, the Farmers Plaza, SM Cubao, Puregold Mall – Cubao, Ali Mall, among others.

The 42-storey Urban Deca Towers located at #69 Sierra Madre St. Brgy Highway Hills in Mandaluyong City near EDSA and Shaw Boulevard would be competed in the third quarter of 2017.

The high-rise tower would consist of 1,148 residential units, 156 basement parking slots, a convenience store, a Laundromat, a food hall, lounge area as well as commercial spaces.

The company has tapped Megawide Inc. (PSE: MWIDE) as contractor for the high-rise condominium project. Price starts at PhP875,000 per unit and buyers with cars could avail of parking slots at PhP500,000.

The size of each telephone and cable-ready unit is 13.06 square meters and will be furnished with aircon, microwave oven, basic cabinets, mattress, curtains, and a small dining table. The building is equipped with a 24-hour CCTV and security and four high-speed elevators.

8990 is looking at a 15 percent to 21 percent increase in earnings to a range of PhP3.8 billion to PhP4 billion this year. This after chalking up a 52 percent jump in net profit to PhP3.3 billion exceeding the PhP3 billion target last year.

8990 sees revenues increasing between 22 percent and 27 percent to a range of PhP9.6 billion to PhP10 billion this year. The company’s gross revenues jumped 48 percent to PhP7.9 billion last year.